Paris, the capital city of France, is one of the most iconic cities in the world. Known for its stunning architecture, rich cultural heritage, and charming atmosphere, Paris is a popular destination for millions of visitors every year.

Paris is renowned for its beautiful architecture, including iconic landmarks such as the Eiffel Tower, Notre Dame Cathedral, and the Louvre Museum. The city is also famous for its charming neighbourhoods, such as Montmartre, the Marais, and the Latin Quarter, which are filled with quaint cafes, stylish boutiques, and historic buildings.

Paris is a city of art and culture and is home to many world-class museums, such as the Louvre Museum, the Musée d’Orsay, and the Pompidou Center. These institutions house some of the world’s most famous works of art, including the Mona Lisa, the Liberty Leading the People, and the Starry Night. Paris is also a hub of the fashion industry, with many famous designers, such as Chanel and Dior, having their headquarters in the city.

Paris is also known for its delicious cuisine, which is characterized by its use of fresh ingredients, subtle flavours, and rich sauces. French dishes, such as coq au vin, bouillabaisse, and crème brûlée, are well-known internationally, and Parisian cuisine is considered some of the best in the world. The city is also famous for its patisseries, bakeries, and chocolatiers, which serve up delectable treats, such as croissants, macarons, and chocolates.

In addition to its rich cultural heritage, Paris is also renowned for its stunning landscapes, with parks, gardens, and tree-lined avenues that provide a peaceful escape from the hustle and bustle of the city. Paris is home to several famous parks, such as the Tuileries Garden, the Luxembourg Garden, and the Bois de Boulogne, which offer visitors a chance to relax and enjoy the natural beauty of the city.

Paris is a city that has something to offer everyone. Whether you’re interested in its art, music, dance, cuisine, or scenery, Paris is a city that is sure to captivate and enchant you. With its rich cultural heritage, charming atmosphere, and stunning landscapes, Paris is truly one of the world’s most iconic and beloved cities.

The best time to visit Paris depends on personal preference and what you want to experience while you’re there. If you’re looking for milder weather, then the spring months of April to June are a good choice, as the city’s gardens and parks are in bloom. The summer months of July and August are also popular, but they tend to be crowded and warm. If you prefer cooler temperatures, then the fall months of September to November are a good choice, with fewer crowds and comfortable weather. The winter months of December to March can also be a magical time to visit Paris with its festive holiday lights and markets, but it can be chilly and damp. Regardless of when you choose to visit, Paris is always a beautiful city to experience.

Paris, France has a temperate maritime climate, with average temperatures ranging from 5°C to 15°C (41°F to 59°F) throughout the year. 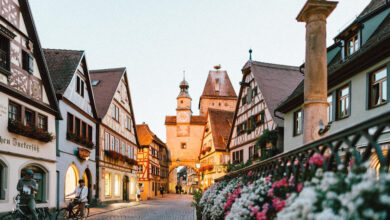 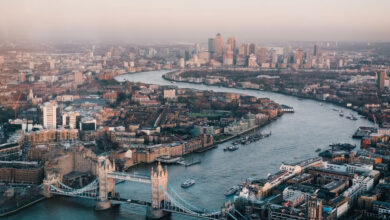 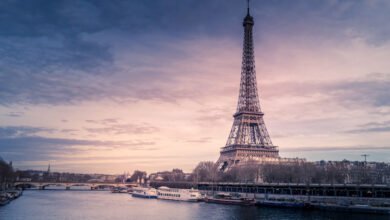